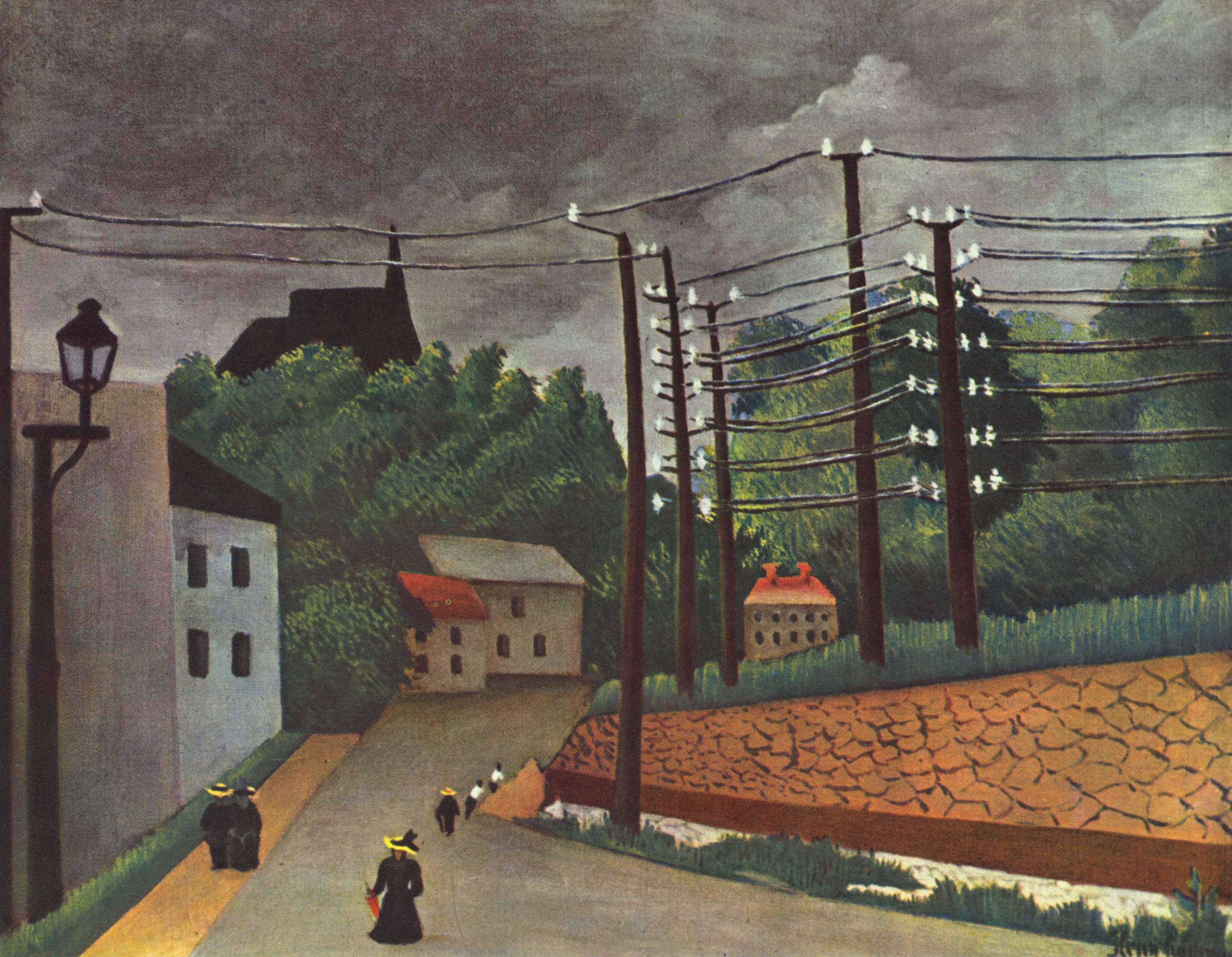 We collaborate closely with the IEEE Education & Healthcare Facilities Committee (IEEE E&H) to negotiate the standard of care for power security on the #SmartCampus  since many campus power systems are larger than publicly regulated utilities.  Even when they are smaller, the guidance in building the premise wiring system — whether the premise is within a building, outside the building (in which the entire geography of the campus footprint is the premise), is inspired by IEEE Standards Association administrated technical committees. 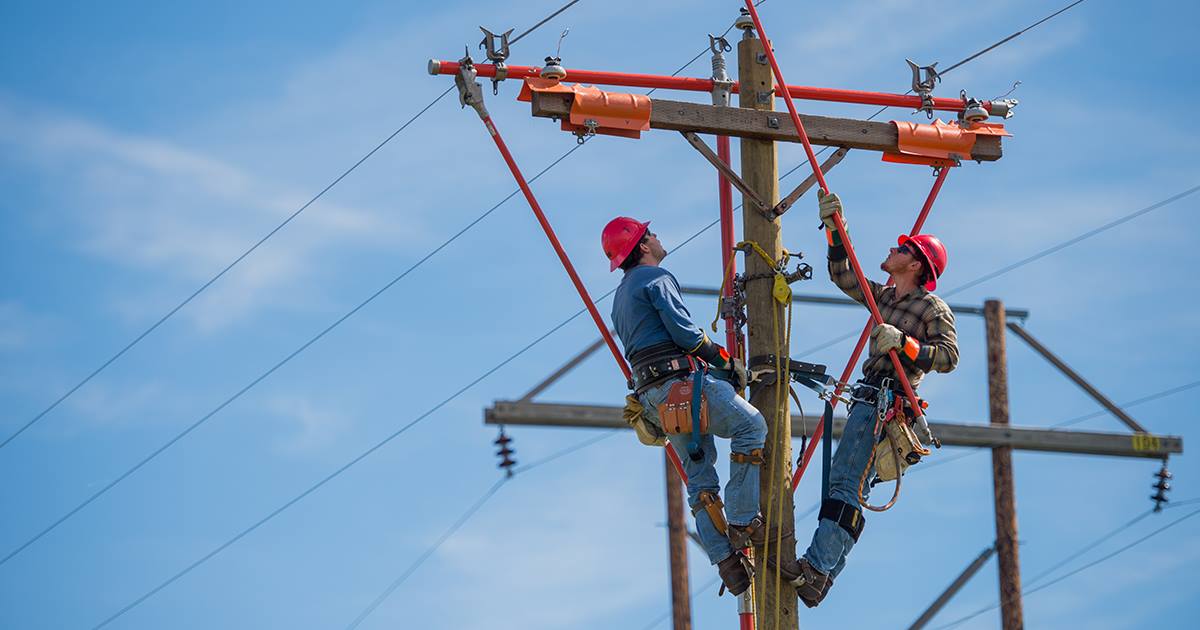 Several proposals recommending improvements to the 2017 National Electrical Safety Code (NESC) were submitted to the IEEE subcommittees drafting the 2022 revision of the NESC.   Some of the proposals deal with coordination with the National Electrical Code — which is now in its 2023 revision cycle.  Keep in mind that that NESC is revised every 5 years at the moment; the NEC is revised every 3 years.

The original University of Michigan standards advocacy enterprise has been active in writing the NESC since the 2012 edition and set up a workspace for use by electrical professionals in the education industry.   We will be using this workspace as the 2022 NESC continues along its developmental path:

The next step in the NESC 2022 Edition Revision Schedule set for September-October later this year when technical committees meet to respond to public comment.   The next public commenting opportunity will begin 15 January 2021.

The NESC is a standing item on the 4-times monthly teleconferences of the IEEE Education & Healthcare Facilities committee.  The next online meeting is shown on the top menu of the IEEE E&H website:

We have a copy of the first draft of the 2023 NESC and welcome anyone to join us for an online examination during any of Power & ICT teleconferences.  See our CALENDAR for the next online meeting. 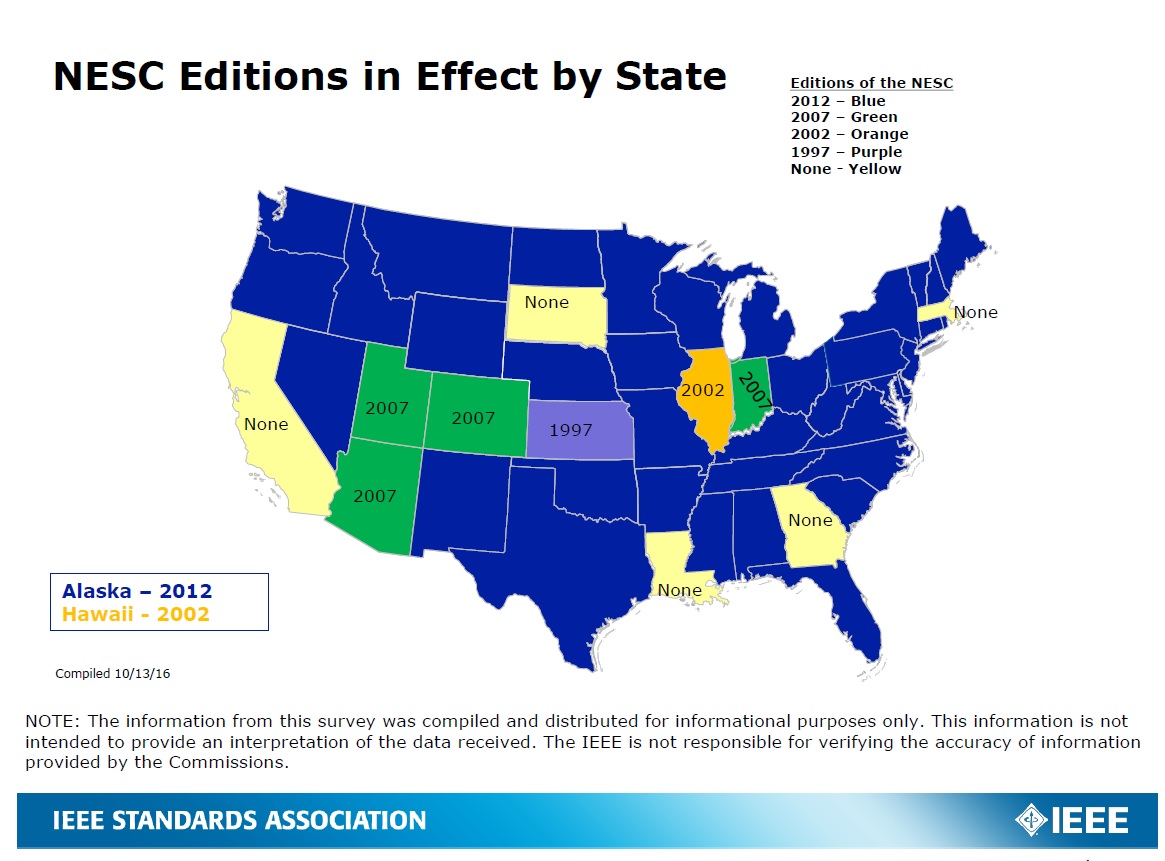 The #NESC is used in many aspect of our lives. It applies to the design, construction, operation, and maintenance of electric supply and communication utilities. #FactFriday #NESCmonth pic.twitter.com/mpnhe3Tish

Photo by Architect of the Capitol | Left: The teacher and children in a “little red schoolhouse” represent an important part of American education in the 1800s.
Right: Students attend a land grant college, symbolic of the national commitment to higher learning.

A BILL: To amend the National Telecommunications and Information Administration Organization Act to establish a mobile hotspot grant program, and for other purposes. 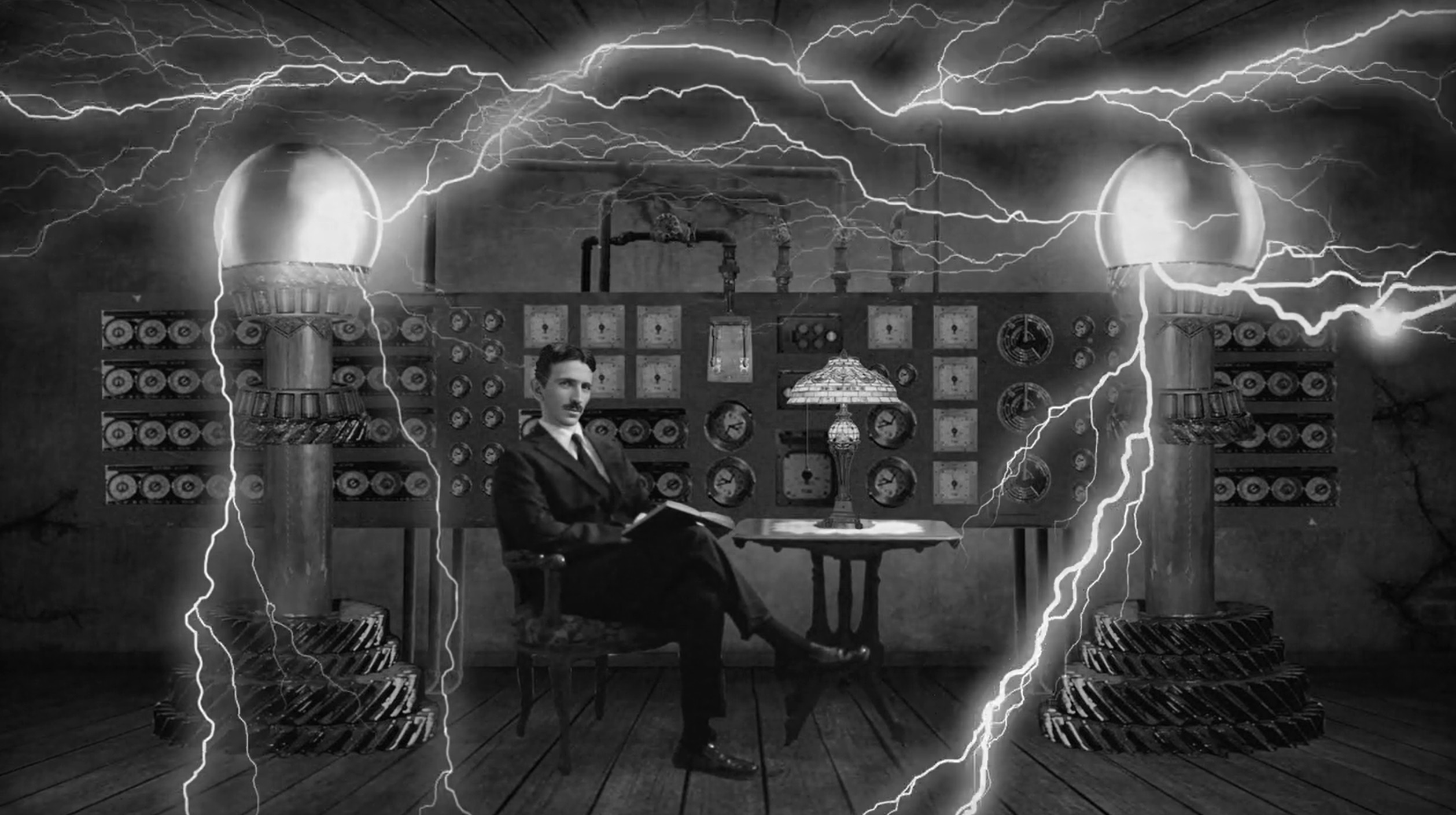 “Tesla: God of Lightning” / CLICK ON IMAGE FOR VIMEO CLIP

We collaborate closely with the IEEE Education & Healthcare Facilities Committee; a subcommittee of the Industrial Applications Society which provides a platform for leading practice discovery among electrical engineers who are responsible for electrotechnologies in school districts, colleges, universities and university-affiliated healthcare systems.   In many cases, with research university power systems with upwards of 100 megawatts of base load supplying campuses and academic medical centers, many campus power systems are larger than investor owned, municipal or cooperatively-owned electrical utilities.   Accordingly, in recent years, many large educational organizations are selling their power systems to private industry to own and operate.

Many educational institutions also own and operate their own telecommunications system and have significant data management systems.

The committee, founded in 2013, features open discussion, experience exchange, and solution consideration among thought leaders globally, every other week, in both European and American time zones.  It collaborates closely with the IEEE Standards Association and the NFPA Electrical Division through IEEE SCC-18.

All teleconferences are upon to the public and can be accessed clicking here: IEEE E&H Committee Teleconference Login

The committee meets every other Tuesday — 14:00 Central European time and 2:00 PM Eastern time in the Americas.  We host our own Power & ICT teleconferences on the same day but will likely change this arrangement later in 2020.  Remote attendance is possible with the login credentials on the draft agendas. 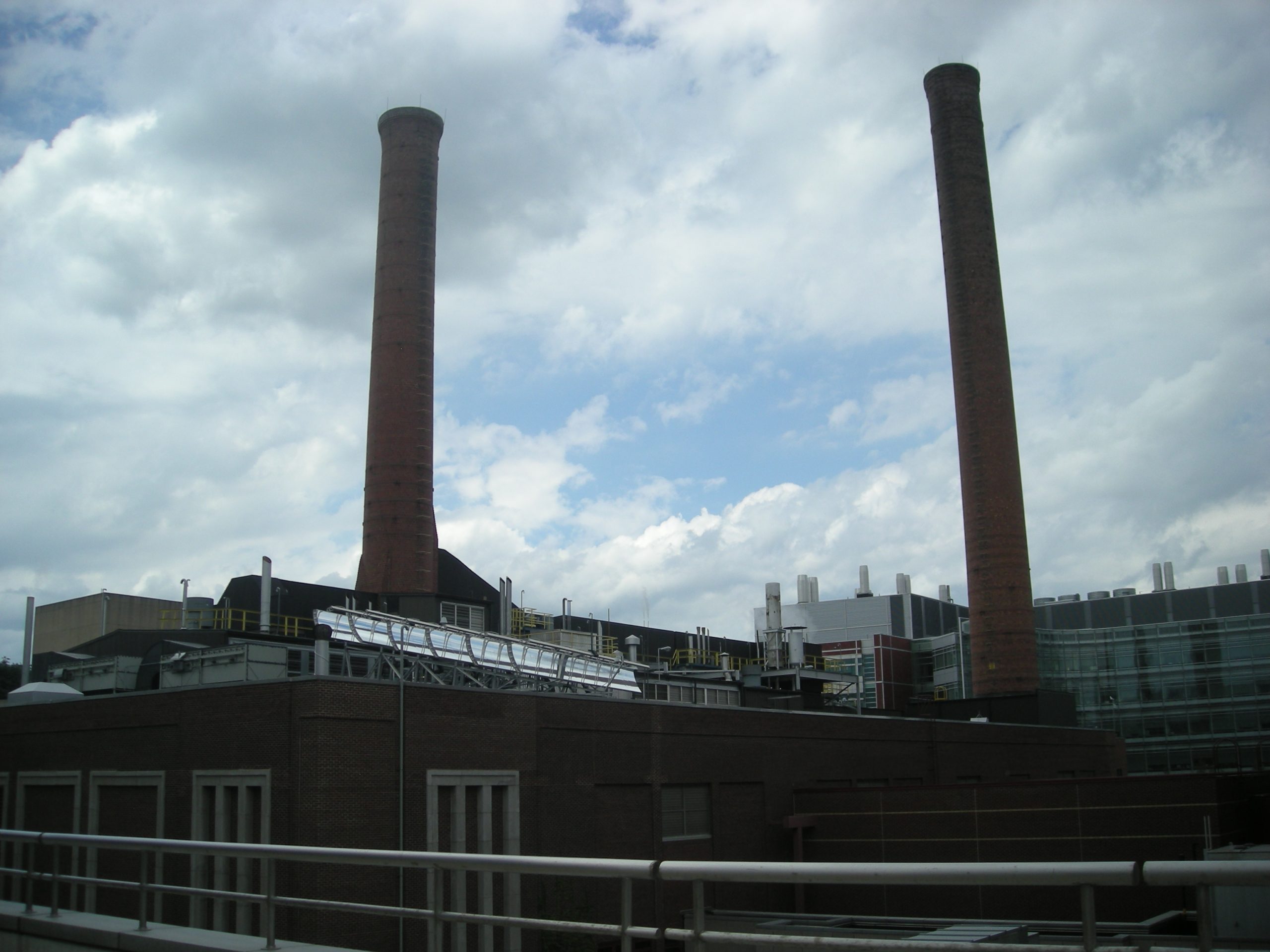 You are invited to join the LinkedIn Group at this link: LinkedIn Education & Healthcare Facilities Electrotechnology Committee

From the emergent gallery of campus power system presentations by IEEE-TV: 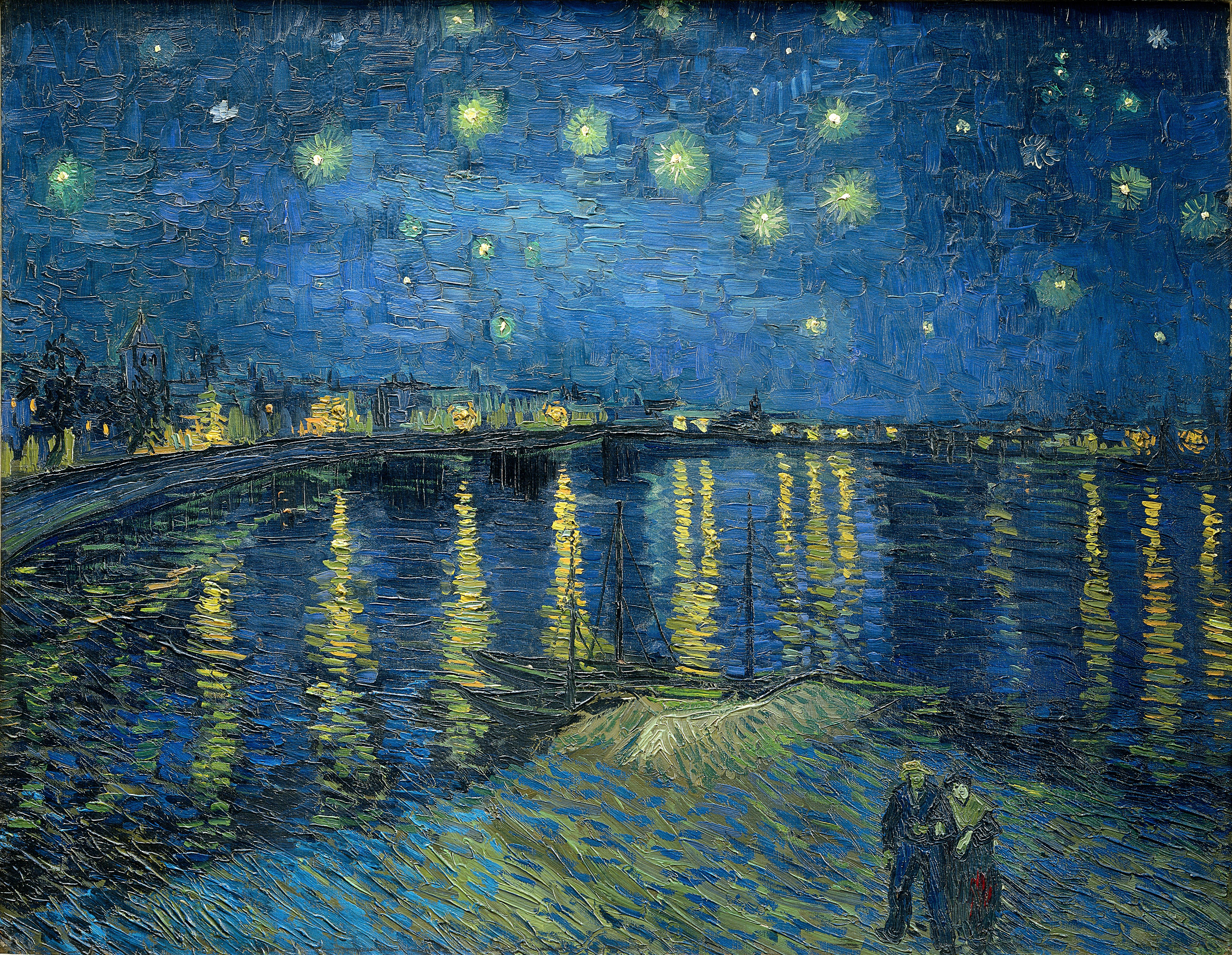 “I often think that the night is more alive

and more richly colored than the day”

The Illumination Engineering Society (IES/IESNA) is one of the first names in standards setting organizations (SSO) whose products are automatically referenced in design guidelines and construction projects for the US education industry.   Illumination technology is a large domain with many competing stakeholders.  To name a few of the SSO’s, along with a brief description of their market:

Had enough?  In a typical building, the interior lighting load is the major electrical load (on the order of 40 percent) and a major contributor to the functionality of the building.  There are a number of other trade associations that are participants in research and open source standards for faster moving parts of the illumination science.  We will cover these in future, related posts.

Last year a new standardization project was launched by the IES. From the project prospectus:

Project Need: This document is not intended to supersede existing IES application RPs, rather it will link the various documents together, augmenting them in subject areas not otherwise covered, including but not limited to sidewalks, bikepaths, pedestrian paths, parks, outdoor malls, pedestrian-only business districts, plazas, amphitheaters, large outdoor gathering areas, campuses, pedestrian bridges, and pedestrian underpasses.

No commentable drafts appear on the IES public workspace as of this posting.

Like most SSO’s, the pandemic has impeded standards production.   The IES has one of the better public commenting workspaces, linked below*.   When there is a commenting opportunity it will be found here.

A few other technical committees relevant to educational communities should be identified, though we will sort through the standards setting activity in separate posts: 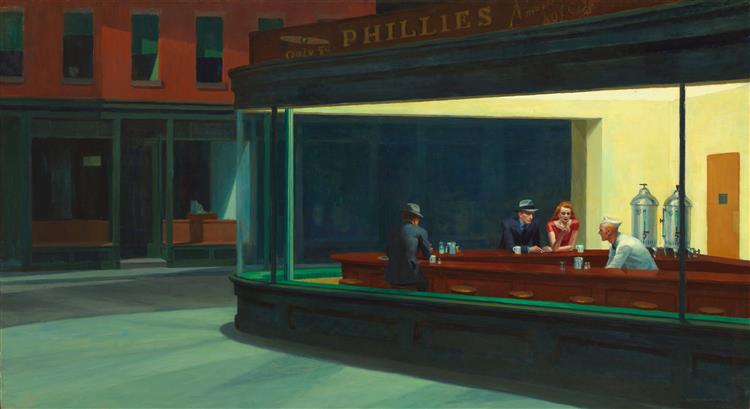 We  coordinate most of our electrotechnology standards advocacy with the IEEE Education & Healthcare Facilities Committee which meets 4 times monthly in European and American time zones.  Its meeting agendas and login credentials are available on its website.   Since illumination technologies are present in all spaces in education communities, IES consensus products will appear on the standing agenda of most disciplines.  See our CALENDAR.

*We find that when the SSO has heavy manufacturer support, its standards development facility lies in the upper quality tier. 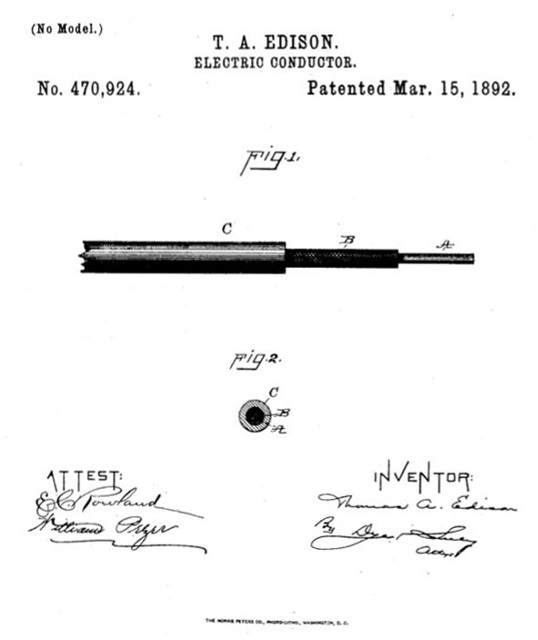 This paper deals with an innovative design strategy of building power systems by introducing criteria based on both the “installation approach” and the “operating approach” applying plan-do-check-act (PDCA) cycle. The In-Op design of the electrical power systems takes care of the worst cases of configurations, adequate gaps on load in selecting the rating of components, the actual mean losses to evaluate their energetic operation, and to avoid excessive gaps on the lifetime of components. With this aim, the authors suggest consideration of the thermal aging model of Arrhenius to review the actual gap on load in selecting the rating of components. In reference to IEC standards, this paper underlines in the circuits design the cable steady and transient current densities, the load current torque density as “natural” parameters that allow applying a thumb rule in the classic sizing of the cross-sectional area of circuit conductors. Microsystem criteria in power systems design allow structuring their configuration with components of smaller size to reduce radically the volume of circuit conductors with more sensitive results in the branch distribution. The authors suggest why not reconsider the series of commercial cross section areas of power cables.

This paper was presented at the IEEE Industrial Applications Society meetings in 2015 and is now available in IEEE Transactions on Industry Applications ( Volume: 54 , Issue: 1 , Jan.-Feb. 2018 ).    The authors revisit the first principles of conductor ampacities and conclude by asking a question: What Innovations Without Cultural Changes?

In the United States, and most of North America, the National Fire Protection Association has the largest platform, and the longest history in electrical power engineering for buildings.  In other words: the conversation about electrical safety within buildings is informed by the perspective of fire safety professionals.  In Europe, not so much.   The inspiration for European electrical safety is found in a shock protection.

The IEEE effectively ceded administration of building electrical safety to the NFPA and spent decades providing the platform for leading practice discovery for electrical power generation and distribution outside buildings — i.e. public utilities.  In retrospect this “division of labor” roughly follows the money flows to and from manufacturers and insurance companies.

The cultural question raised in the paper is reproduced, in part, below:

“…For an actual safety program, a comparative analysis of international electrical approaches on distribution systems will facilitate an understanding of their similarities and differences and will promote the design of new equipment of high efficiency like AM Transformers and new integrated common solutions, like a new series of commercial cross section areas of the power cables efficient for reducing conductors volume in balance with the costs….” 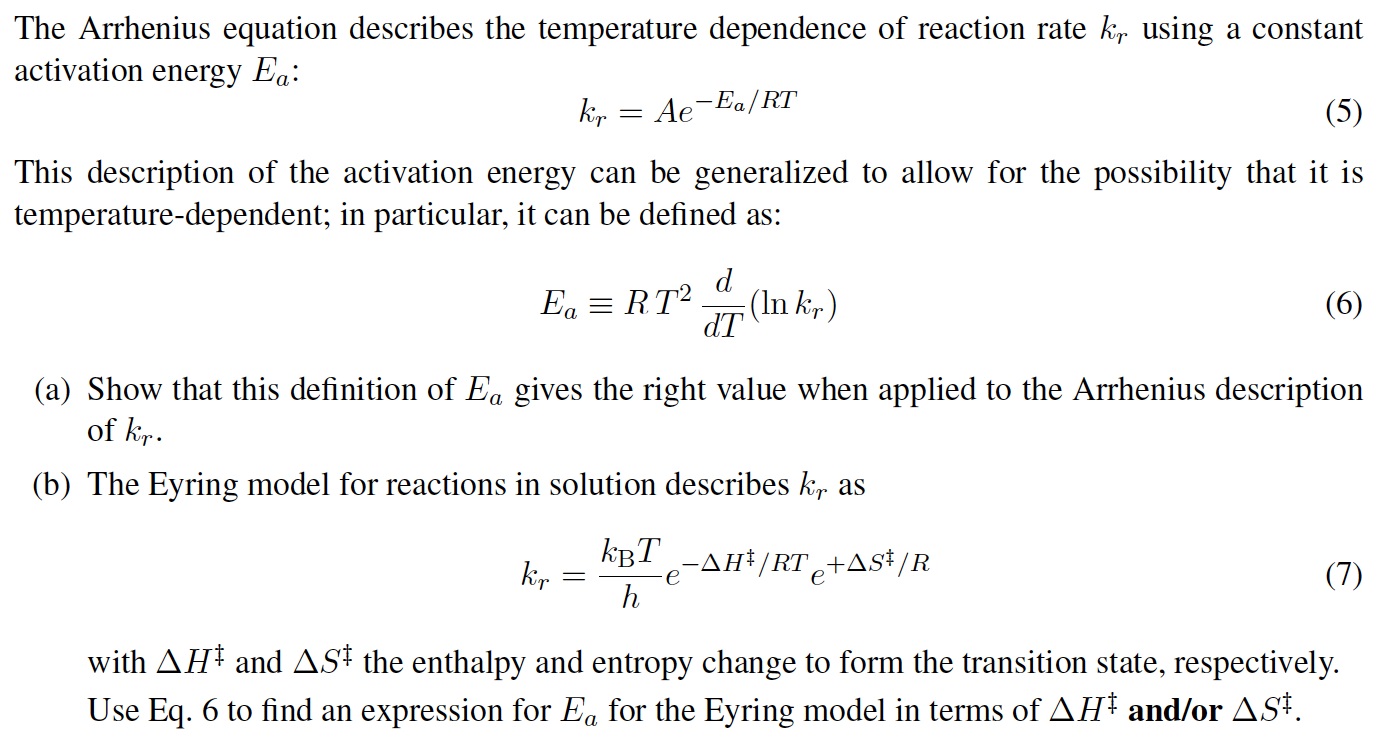 The inquiry in this paper revisits specific terms in the Arrhenius Equation.

We collaborate closely with the IEEE Education & Healthcare Facilities Committee which meets 4 times monthly in European and American time zones.  Risk managers, electrical safety inspectors, facility managers and others are welcomed to click into those teleconferences also.  We expect that concepts and recommendations this paper will find their way into future revisions of US and international electrical safety codes and standards.